October 2018 Issue 2
From Kenya to the USA, the world is a place of wonder

A story has haunted me for years. It is about a woman’s journey from the Shenandoah Valley of Virginia to the banks of the Osage River in Missouri. Her family was frontiersmen and women. The Willian Smith Bryan family came to the American shores in 1600’s when Cromwell and the Parliamentarians forced them from Ireland. They were given a choice, fight your Irish Catholic neighbors and family or emigrate. The rebellious Bryans were transported on a ship that sailed to Gloucester Beach, Virginia. There are two versions of this story. One, they end up in Pennsylvania after a son returns to Ireland in 1650 to reclaim their lands. The other, has the family fleeing to Denmark in the years of conquest when Henry II of England was given sovereignty of Ireland. I’m a novelist. I can choose which fits the narrative.
I’ve begun, halted, researched and traveled to Rebecca Bryan Boone’s homesteads. I’ve smelled the land, viewed the rolling Virginia hills, traversed parts of her journey to the Yadkin Valley of North Carolina. What escapes me is her voice. Was she curt, soft spoken, witty? If I model her after my grandmother, a descendant, she will be gracious and long-suffering. Does she have the gift of helps, like the woman called the saint of the neighborhood in her Oregon home?
Unearthing my manuscript, I’m making another attempt at telling her journey into the unknown. The world has heard of her husband Daniel’s adventures. It has been put into story and film from the Last of The Mohicans to folk lore, but the woman whose oldest son was murdered in a Kentucky clearing has been mute. I long for her voice to sing.
Every family has a journey, with hiccups, false starts and wanderings. What makes your story, sing? 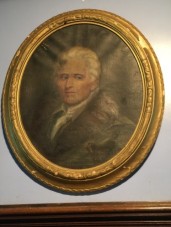 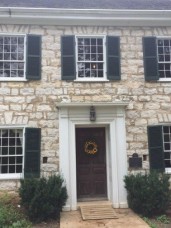